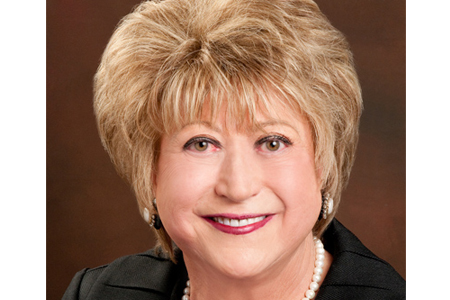 Telling the Marietta Daily Journal about the fraud that will result from allowing same-sex couples to marry:

“Lord, I’m going to get in trouble over this, but it is not natural for two women or two men to be married. If it was natural they would have the equipment to have a sexual relationship. … I mean, what would prohibit you from saying that you’re gay, and y’all get married and still live as separate, but you get all the benefits? I just see so much abuse in this it’s unreal. I believe a husband and a wife should be a man and a woman, the benefits should be for a man and a woman. There is no way that this is about equality. To me, it’s all about a free ride.”

Testifying before a committee of the Georgia General Assembly against a bill to protect state employees from job discrimination based on sexual orientation or gender identity:

“What’s going to protect our children if a pedophiliac comes in and gets a teaching job, is a bus driver, is a custodian? And they could be people that just want to prey on children and they would be protected by this law.”

She also stated that “sexual orientation” includes pedophilia, transsexuality, zoophilia and necrophilia and that “we do not believe the government should have a special protected minority class.”

Mocking a California law that requires schools to acknowledge LGBT contributions in history:

“We have a lot of pride in Georgia’s history and the last thing we need to know is that some guy we named a county for used to run around at night in hoop skirts.”

Pontificating in an interview with the Marietta Daily Journal about why he opposed repealing “Don’t Ask, Don’t Tell”:

“The Bible says [homosexuality is] a capital offense. You want someone with unrepentant criminal behavior? And it’s not just that, neither should adulterers, neither should thieves, neither should a lot of things. The church is full of sinners, but we’re told in 1st Corinthians it rattled off the homosexual, the adulterer, the thief, the liar, and such were some of you, but you’ve been washed, you’ve been justified and so forth. It’s not what you were. You’re not punishing a thought. But do you want an unrepentant drug dealer in the military? Same thing.”

And then he followed up in an interview with GA Voice with this gem:

“I can not and I will not apologize for making references to what God has said in His Word. But I do find it interesting that fornicators, idolaters, adulterers, thieves, covetous, drunkards, revilers and swindlers have not demanded an apology.” 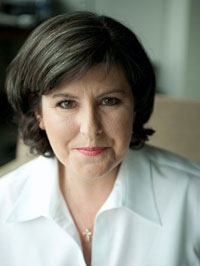 Explaining to WXIA’s Doug Richards why she would “absolutely” consider a law banning gay adoptions:

This is made even richer by the fact that Handel openly pandered for gay votes, including supporting domestic partner benefits, during her Fulton County Commission races.