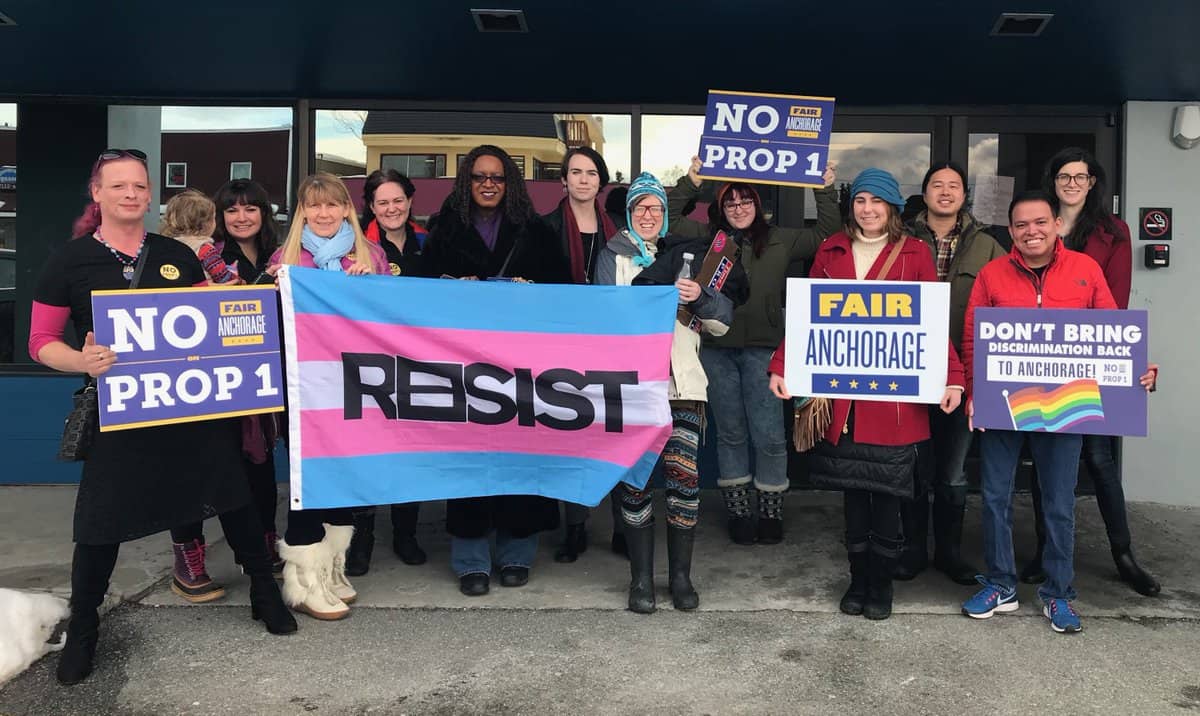 1. Voting results suggest that the citizens of Anchorage, Alaska, have rejected the anti-transgender statute Proposition 1. The measure was designed to roll back a civic anti-discrimination ordinance. The proposed law would have forced persons to use public restrooms that coincided with the gender identity on their birth certificate. Fifty-three percent voted no, 46 percent voted yes.

2. A trans woman, Sasha Wall, was fatally shot in Chesterfield County, South Carolina, according to Human Rights Watch. Wall, 29, was found in her car, and the killing is believed to happened on Sunday morning. No arrests have been made.

3. Olympic Bronze medalist Adam Rippon has a new boyfriend, who he met on Tinder. The gentleman in question is Jussi-Pekka Kajaala, of Finland. On Monday, the skating icon posted a shirtless picture to Instagram making the announcement, noting that ““Good boys Finnish first.” According to Rippon, the pair have been official for week. While talking to People, Rippon referred to the romance as “fresh.”

4. CVS Health is the subject of a federal lawsuit, for unintentionally exposing the HIV status of at least 6,000 Ohio patients through transparent envelope windows. According to CNN, the March 21 suit was filed on behalf of three unidentified plaintiffs, who seek a class-action suit and jury trial.

5. VIDEO OF THE DAY: Kacey Musgraves has released a new song, “High Horse.” The tune is receiving a fair amount of press, and was included in Billboard Pride’s “Queer Necessities” column.