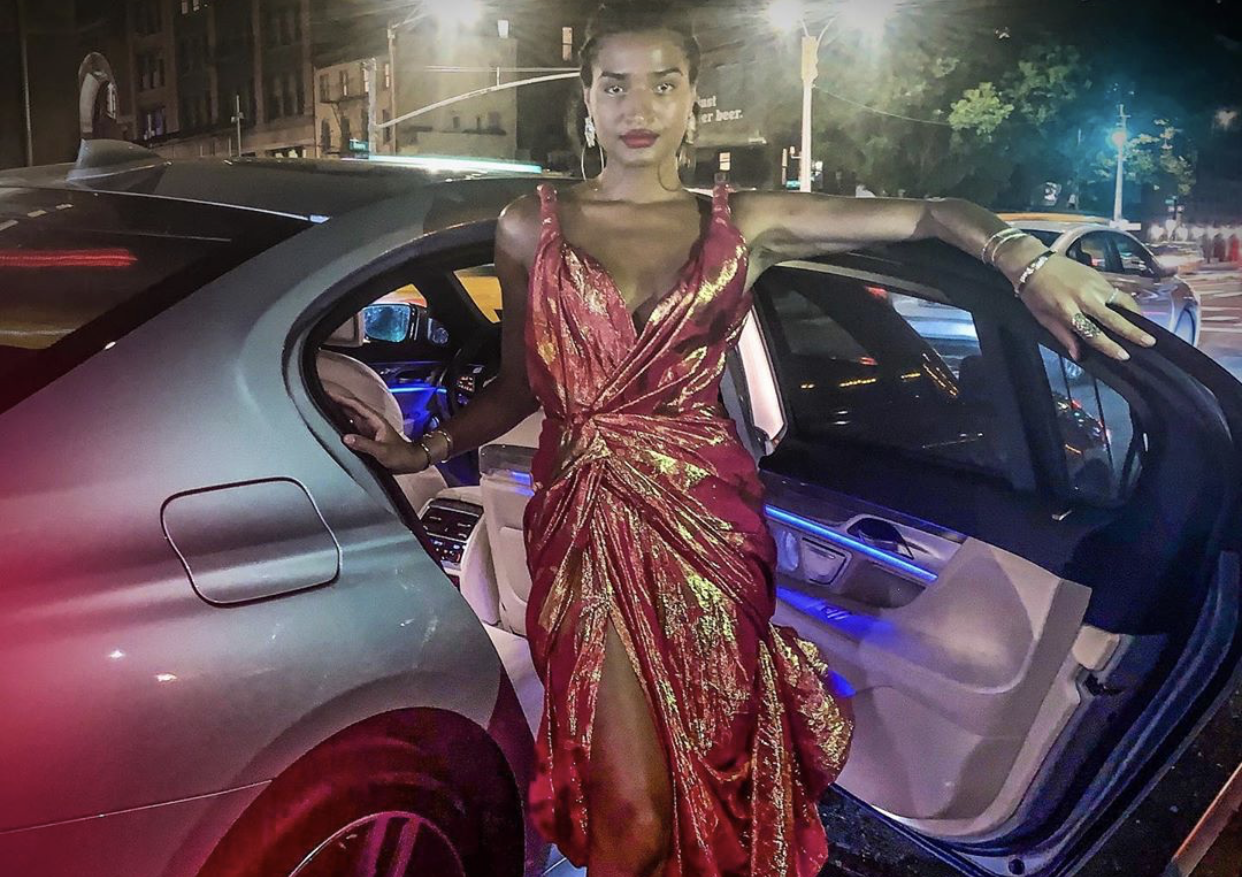 While accepting the award for Cover of the Year for their Elle June 2019 cover, Moore shed light on the epidemic of transgender-targeted gun violence and the denial of trans people’s basic human rights nationwide.

“Right now, the Supreme Court is voting on whether or not trans people can access employment, shelter, and healthcare in the same ways that you all have access,” Moore said. “It’s hard to celebrate being celebrated at a time when people like me are being murdered.”

To pay tribute to the 17 trans people who are known to have been killed in America this year – most of whom were black women – Moore worked with a stylist to create earrings made of framed photos of the victims, including Muhlaysia Booker, Ashanti Carmon, and Jazzaline Ware, which they wore to the awards ceremony. Moore also carried a photo of Bailey Reeves, a 17-year-old trans girl who was killed over Labor Day weekend, in their clutch.

Thank you Aree, for sharing your keepsake earings so I could bring my sister's with me tonight. Just Like me these women dare to exhaust their freedom to exist by being visible, however, instead of being celebrated, they were punished for it. While we make up .6 percent of the American population, The life expectancy of trans women/femmes is 35 years old. Existence that requires bravery is not freedom. A life that requires bravery is not free. I accept this award in honor of the truth that The best award and the award we all deserve is to be able to get home safe. I accept this award in good faith that my recognition doesn't lead to the Erasure of other trans and GNC folks who also deserve health care, housing safety in visibility, magazine covers, runways, leading film and tv roles, doctorates degrees, high school diplomas, college educations and representation everywhere. Jewelry @kbhjewels Make up @aerieldandrea Hair @monaeartistry Style @iancogneato dress @oscardelarenta repost • @beadsbyaree The first “Keepsake” earring was created to honor my Iya (godmother) who passed this April. Not knowing what to do in the darkest times of my life, I held on to love. I was inspired by love and representation of it. In each frame I inserted images of my sisters who my Iya has raised. They carry her in their faces and are a reminder of her presence to me simply by being themselves. We’re all entangled. We may look like one person but we show up as many. @iancogneato contacted me with a mission for the earrings. He was prepping @indyamoore to receive the honor of Cover of the Year for ELLE at @dailyfrontrow. They wanted to pay tribute to and also build awareness for the 16 (now 17) trans women who were murdered this year in the USA. The issue is so pressing that after creating the earring and three days before the event, Bailey Reeves, a 17 year old girl from Baltimore was killed. For her, Indya carried a frame around with her face. @indyamoore’s jewelry served as an altar and their speech was both a prayer for the future and a call to action. In their hour of celebration they put their trans sisters in the forefront.

“I accept this award in good faith that my recognition doesn’t lead to the erasure of other trans and GNC folks who also deserve healthcare, housing, safety and visibility, magazine covers, runways, leading film and TV roles, doctorate degrees, high school diplomas, college educations, families, lovers, and representation everywhere and in every space,” Moore added. They were met with a standing ovation after their speech, but Moore said the “best award and the award that we all deserve is to be able to get home safe.”