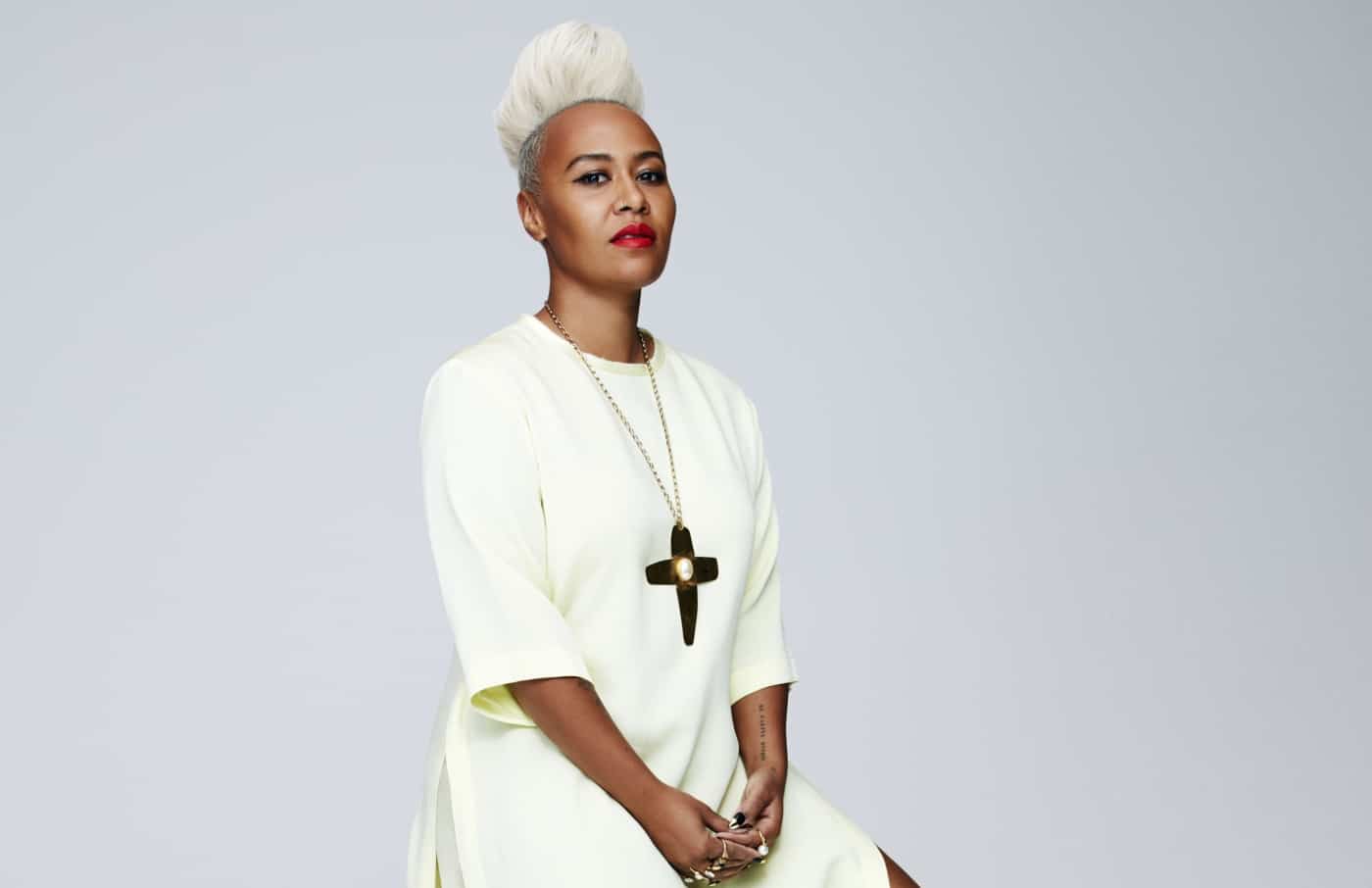 Hello, it’s… Emeli Sandé, this generation’s only performer able to rival Adele as a powerhouse, tear-jerking force of nature.

The Scottish vocalist (born, funny enough, Adele Emily Sandé) is back for your pillow-sopping nights with her much-anticipated “Long Live the Angels,” a rumination on new versions of events, particularly the dissolving of a decade-long relationship that ended in divorce in 2014. Among the best albums of 2016, Sandé’s triumphant catharsis pushes through the pain with spirited, choir-lifted credos of faith and love-led empowerment.

In this revealing interview with Sandé, the 29-year-old opened up about the gay fans who helped her realize she needed a break, discovering President Obama’s daughters listen to her music and how Mariah Carey helped her feel less alone.

It’s been nearly five years since you released your debut, “Our Version of Events.” Why the wait?

I was just going through such a personal and spiritual growth. I mean, we spent so long promoting “Our Version of Events,” and it was amazing touring, but I found it almost impossible to get back to ground zero and write music. I needed a timeout. I also was going through stuff myself that I needed to understand before I could put it in music and feel steady enough to go out there and give it to other people. So, it was a combination of both. I feel like for two years I just needed that time to dedicate to making this music.

Tell me how your connection with your gay fans has evolved since releasing your debut album.

During every show, I can feel my gay fans out there, and there’s a real kind of depth and understanding. I remember I was doing a show at KOKO in London, and it was around the time everything was going so fast, and I got a couple of notes from fans. A gay couple wrote, “Are you okay? If you want to come hang out with us, you can come on holiday with us.” I just thought it was so nice that they recognized – I must’ve been exhausted at that point, and I think they could see that. I really appreciated that letter from them. And I just appreciated all the different stories. I just love that I can also empower them through the music.

What kinds of stories do gay fans share with you?

When I was in Washington, there was a guy – a big fan – and he was just saying how much he loved “Read All About It,” and “Our Version of Events” helped him through coming out. He was there with his mom, and it just felt so amazing. And, recently, I’ve had a few gay fans talking about how (that album) empowered them to express their love to one another, how everything I had written gave them those words as they were getting married. I love stories of love. It really keeps me going and encourages me to write songs about that.

How would you compare “Our Version of Events” to this new album?

This album is a lot more personal and specifically about things that I’ve experienced. I wanted to make a conscious effort to be that honest, because it was such deep emotions for me that I didn’t want them to be generic. I wanted to get straight to the point. So, it’s a lot deeper, a lot more grown up. This is me stepping into womanhood, like a crash course in life bottled in an album.

Which song in particular do you think might resonate with your LGBT fans?

I love “Babe.” “Babe” is the last song on the album, and I feel liberated when I sing that song. It’s all about letting love be love and letting go of any kind of fear. So, for the gay community and the rest of the community, I just feel like allowing yourself to love and feel and take care of someone and be good to someone else – I hope that one resonates.

On the heels of World AIDS Day, tell me why it’s important to you to be a part of Elton John’s AIDS Foundation.

It’s just so important to me, especially when you’re looking at Africa. My father is from Zambia, and you just see it’s affected the country and a lot of communities. If there’s more research and awareness about it, so much suffering wouldn’t have to happen. So, I’m really proud to be a part of Elton John’s foundation and spread awareness about it. It’s so important because a lot of things are preventable, especially what’s happening in Africa.

In 2013, you performed in front of President Obama and the First Lady. How many Xanax did you need to take beforehand?

Just a couple of glasses of wine! (Laughs) I remember stepping into the White House with all the security you have to go through to get there and walking through the corridors, and we got a little tour before. And meeting them – they’re so tall. That was the big thing. I’m like, “Wow, you guys are superhuman.”

They were talking about the music, and he was such a rock star. He was just so chilled out, and he made us feel relaxed and charged up. He had a chat with all the performers: “Okay, let’s put on a show!” He made us feel like we were a part of some football team. He’s a true leader.

Does Obama have a favorite Emeli Sandé song?

He just said, “I think my daughters know your music!” And I was like, “Wow. My music might be getting played in the White House!” (Laughs)