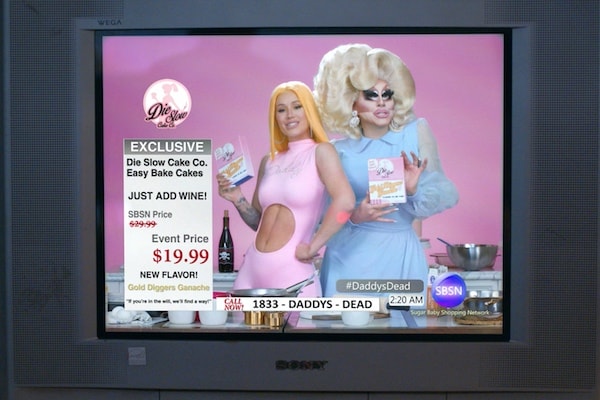 In the video, the 28-year-old Australian rapper gets inspired to kill her sugar daddy after seeing an infomercial for Die Slow Cake Co. Mattel, “RuPaul’s Drag Race All Stars” season three winner, joins Azalea in the infomercial where the duo test their poisonous cake out on a man who successfully dies.

Later, Azalea kills her sugar daddy and Mateo, who is currently competing on season 11 of “RuPaul’s Drag Race,” arrives to help get her affairs in order.