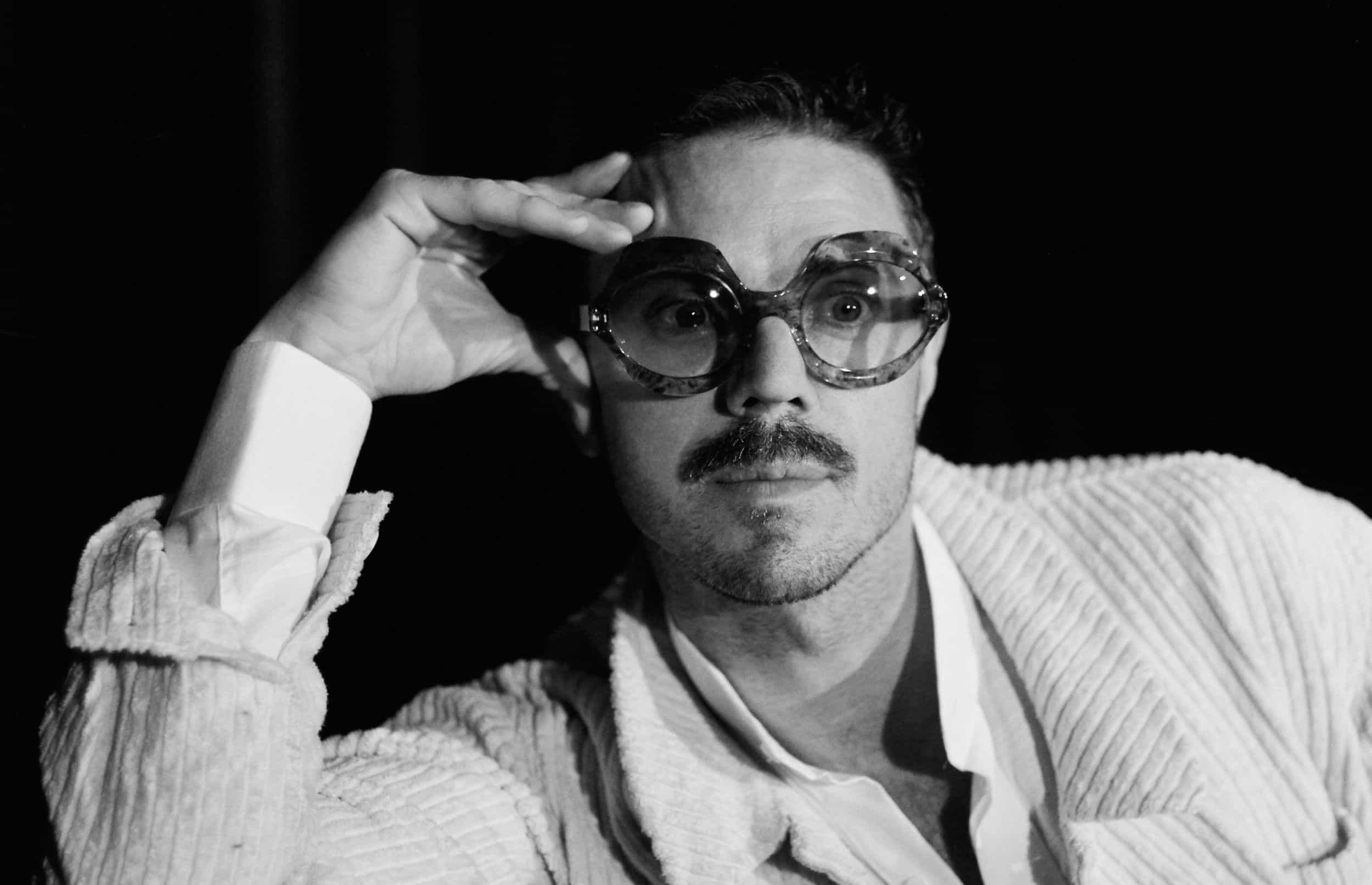 Jake Shears is in a state of surprised perplexity, wondering if a version of his new (and very moving) memoir, “Boys Keep Swinging,” landed in the hands of journalists, such as myself, with what he calls the “weird epilogue.”

After all, Shears (born Jason Sellards) thought he stripped that throwaway entry — quite literally, as “I had them rip that page out from the ones that hadn’t been sent out already when I found out about that” — but those not-to-be-published pages still made the rounds.

In addition to reflecting on the process of reaching into tucked away corners of his life for the two-years-in-the-making memoir, the flash-forward epilogue explains his lengthy break from the Scissor Sisters, which Shears formed with Scott “Babydaddy” Hoffman in 2001, just days after Sept. 11. He writes, “I didn’t have much to say anymore through that particular filter.”

A love letter to the band of misfits he met living in Seattle and New York responsible for his queer coming of age, a journey that transformed his youth as a suppressed, bullied Christian outcast into a flagrantly gay, go-go dancing, glam-rock superstar, the wonderful “Boys Keep Swinging” is an unflinching account of sexuality in bloom, imbued with Shears’ colorful record of his most influential and formidable years. 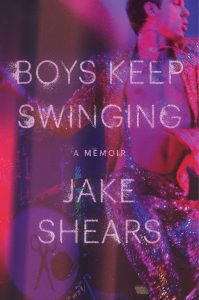 My mom is a fan of yours, and we’ve been to a Scissor Sisters show together. She wants to read your book, and I want her to, but I’m worried she’ll ask me a lot of questions about the gay community’s deep, dark secrets — like, what are International Male catalogues? — after she does.

It was weird to have my own mom read it! She read it in a day, and I was really beside myself when I finally gave it to her, but I had her primed for it for a couple of years while I was writing it, so she was ready for it. She’s actually been super supportive and loved it.

Reading it, I don’t think I expected to find parts of myself in your life story. But some of my earliest memories have been jolted and brought back to life because of you sharing your own. I forgot B. Dalton Bookseller even existed until you mentioned it.

I had no expectations as to what people were going to think or respond to, or whether people would identify with it. It’s funny: [Musician] Sam Sparro, a really great friend of mine in Los Angeles and one of the first people I gave [the book] to when I got the uncorrected proofs, that’s what he said. He was just like, “I feel like this is my own story in so many ways.” The day I turned this book in was devastating to me. I was really very unhappy. Basically, it had to be ripped out of my hands. [Laughs]

Why was letting the book go so difficult for you?

It’d been such a part of my life for a couple of years. I don’t know if I would call it a crutch, but it was definitely this obsession once I had started editing it. I was editing it until the last hour. When I turned in the final — the very last edits — I was so unhappy! I feel a lot better about it now. [Laughs]

As gay people in their 30s, it’s sometimes easy to forget the emotional turmoil and personal struggle we went through to be comfortable with ourselves. Did reflecting on your own sexual adversity give you a greater appreciation for who you’ve become — this unabashedly gay role model?

I don’t really think of myself like that, but the thing I did underestimate, though, is, I’m a pretty resilient person. Going back and writing some of the more painful stuff, I feel like I kind of underestimated its effect on me, just in general in my everyday life. I would finish a week and feel terrible and realize I had been sort of reliving some hard stuff, and I didn’t really consider that when I was getting into it and didn’t really know that was happening at the time. It’s strange. I feel like there are 30 different books that I could’ve written.

Your photos, including the single cover for [last year’s ’70s-inspired] “Creep City,” have crossed over from twink to daddy, at least according to the gay men who comment on your Instagram photos.

I know! [The daddy name] just started a few years ago and I’m like, “Well, I guess we’re here now.” I turn 40 in October and have a great life and feel as sexy now as ever, if not sexier. I don’t mind going into my 40s. I’m really excited about the next 10 years, and then the next 10 years after that. It was weirder finishing up my 20s and going into my 30s, but now I’m very happy about my age and aging.

Regarding the Scissor Sisters, can you give me an example of something you had to compromise on that you no longer have to as a solo artist?

This whole record is about a time and a place in my life, and it’s definitely me writing about a very specific place that I was at when I wrote it. There’s no way I could’ve made this record without everybody being like, “Why do we all have to perform songs about you?” [Laughs]

You go through a lot of personal growth in the book. Had you known what you know now about life, what would you tell your younger self?

I would try to bolster my own confidence that my own instincts at the time were correct. There’s nothing I would go back and tell myself to do differently because I don’t really have any regrets or anything — OK, I mean, of course we all have regrets. But I just took my own path, and I would tell myself, at 18, 19 years old, “You’re headed in the right direction. Don’t second guess.” It’s so crazy how much more self-doubt I have now as a 40-year-old man sometimes than I did then. Just writing this book and looking at me being 21 years old, I’m like, “Oh my god, I probably should’ve had a little more fear than I did!”