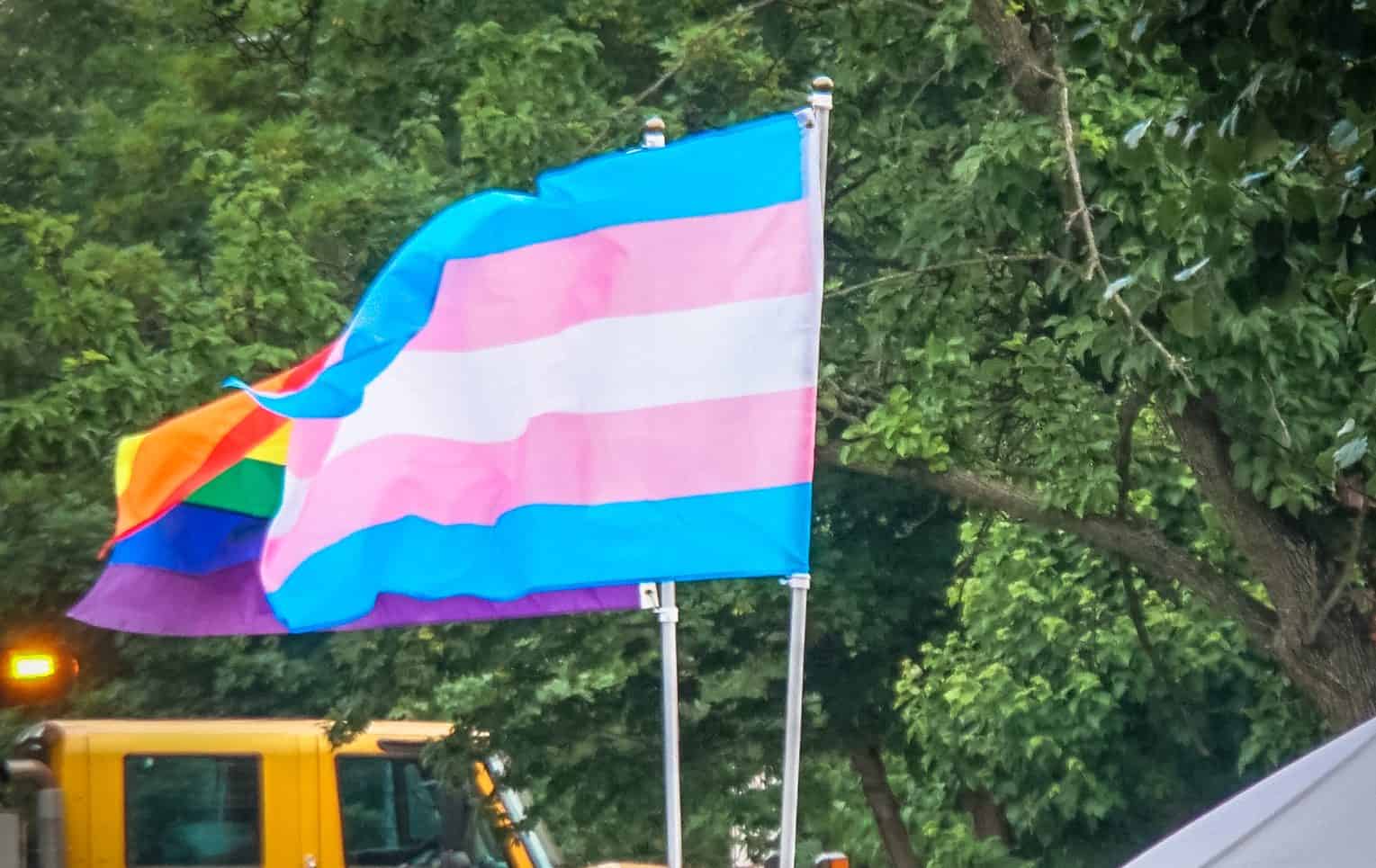 A poll released by the Public Religion Research Institute (PRRI) found that public opinion regarding transgender people appears to be growing in support, despite recent attacks from governmental and religious forces.

62 percent of Americans surveyed said their support of transgender rights has grown in the last five years. Only 25 percent said they’ve become more opposed over the same time period.

The numbers differ when looking at different political affiliations. More Democrats responded that they have come to support trans rights more over the years than Independents or Republicans (76 percent vs 64 percent and 47 percent, respectively).

Interestingly, Catholics were the largest group of religiously affiliated people to report being more supportive at 68 percent, despite the Vatican recently coming out in opposition of trans and gender non-conforming identities. 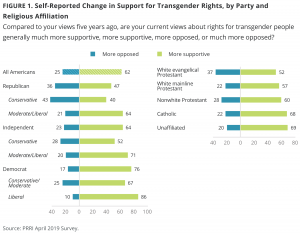 This data comes at a time when the Trump administration has been issuing numerous rollbacks on transgender rights, including banning them from serving in the military and rolling back transgender healthcare protections. 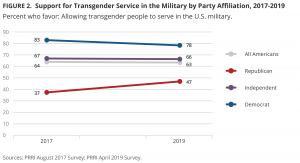