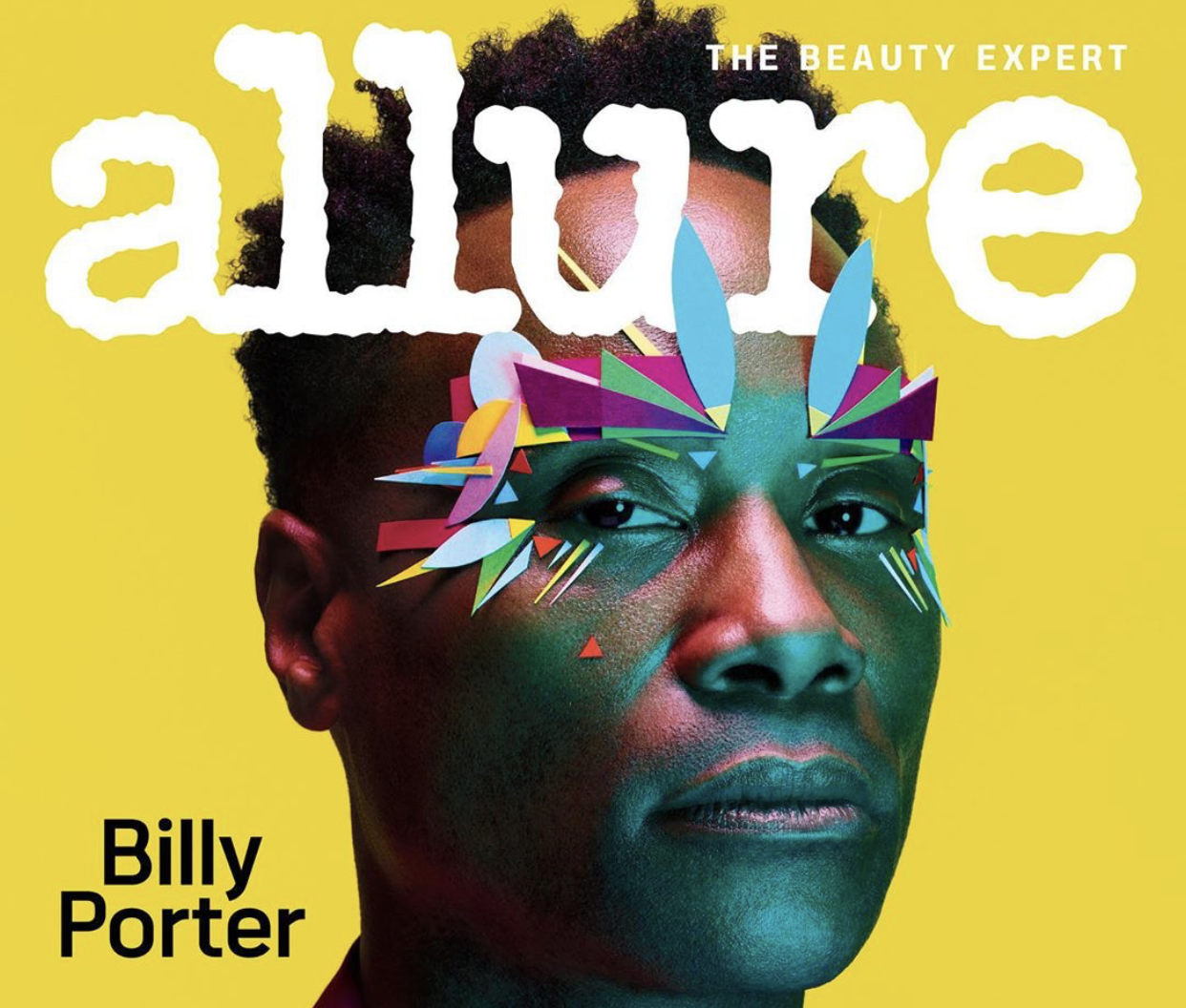 Billy Porter has made history yet again as the first man to grace the cover of Allure magazine.

In the feature written for Allure about the cover star, Porter discussed fashion—and using it as a weapon–growing up broke, and the impact toxic masculinity had on his life.

“The heteronormative construct that masculinity is better silenced me for many years,” he said. “It was like my masculinity was in question before I could even comprehend the thought. I was sent to a psychologist at five years old because I was a sissy and my family was afraid. I love them. They didn’t know. It was a different time.”

He talked further about the changing times regarding acceptance of the LGBTQ community, saying he was “part of the first generation of gay men, ever, who gets to be out loud and proud in the world.”

“I didn’t know I had that much power. But now that I do, you can expect I’ll be wielding it every fucking chance I get. Every chance. It’s a calling, it’s a ministry, it’s intentional.” Read our full cover story with @theebillyporter through the link in bio. — #Photography: @benhassett #Stylist: @nicolaformichetti #Makeup: @peterphilipsmakeup #Grooming @melissa.dezarate #Nails @naominailsnyc #Production @_studiolou_ #Writer: @smashfizzle

“She’s a cover girl, y’all!” Porter wrote on Instagram announcing the cover. “I’m so unbelievably excited and proud to be gracing the cover of [Allure‘s] February 2020 ‘The Art of Beauty’ issue! It is such an honor to be the first male to be on the cover in history. This is a testament that times can change and are changing. And it happens with visibility.”

This magazine cover is one on a long list of accolades Porter has acquired over only the last year: He was the first black openly gay man to be nominated for and win an acting Emmy. It was also announced in October that he would take on the iconic role of the Fairy Godmother in an upcoming modern remake of the classic fairy tale Cinderella. If the film were to win an Oscar, Porter would be the first out LGBTQ person of color to achieve EGOT status (he also has a Tony and a Grammy for his role of drag queen Lola in Kinky Boots).